The Blueband Goby is a small species that occurs in tropical marine waters of the Indo-Pacific region. It can be recognised by its colouration.

The Blueband Goby can be recognised by its colouration. It is light grey above and white below. There is a black-edged blue stripe from the mouth to the rear of the operculum. Behind the eye is a short blue dash, and there are several curved markings on the lower sides of the head.

In Australia it is known from north-western Western Australia and from the northern Great Barrier Reef south to the central coast of New South Wales.

The mutualistic relationship between shrimpgobies (also known as prawngobies) and alpheid shrimps, which live together in the same burrow, has been known for many years.

The following papers published in 1994 have used specimens from the Australian Museum fish collection. 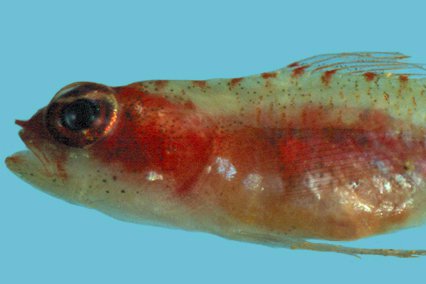 Which species of fish has the shortest lifespan?