Pill millipedes are capable of rolling into perfect balls when disturbed. They may sometimes be confused with garden slaters but pill millipedes can tuck their head and legs in so they are entirely concealed, while slaters cannot.

Like most millipedes, pill millipedes are herbivorous, feeding on decomposing organic matter on the forest floor or among leaf litter.

Besides rolling into a ball, pill millipedes found in the northern hemisphere can also defend themselves with a chemical defence. Along their body are pores that release a smell that can kill or scare off other small creatures. To humans, the smell is similar to almonds, but to small creatures it is extremely toxic as it contains the chemical cyanide. 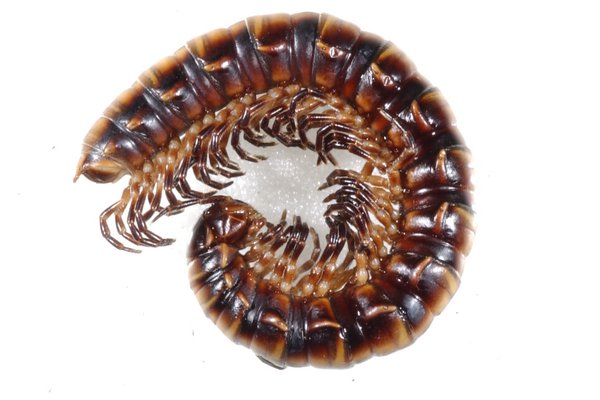