Scientists at the Australian Museum (AM) and the University Museum of Bergen, Norway have discovered and named two new species of deep-sea worm, collected thousands of metres below the ocean surface off the coast of eastern Australia.

Descriptions of two new species have been published this week in Records of the Australian Museum. These animals live in the sediment on the seafloor and use long tentacles, which they spread across the sediment surface to collect tiny food particles.

“The discovery of these species of deep-sea worm help us to better understand the biodiversity of the ocean floor. They may be small, around four centimetres long, but these worms play a very important role in the deep-sea ecosystem. Deep-sea sediments are teeming with worms eating up bits of food and recycling those nutrients back into the deep-sea food web. I’d like to thank the generous donors who supported this research and helped us name these worms,” Dr. Laetitia Gunton, Chadwick Biodiversity Fellow, Marine Invertebrates, Australian Museum Research Institute (AMRI) and lead author of the study said.

The research was made possible by generous support from private donors to the Australian Museum Foundation, which helped fund critical work to reveal life forms in this rarely explored region of the ocean.

Names are critical for documenting biodiversity, as they provide baseline species information that allows scientists and institutions to monitor and protect unique Australian environments, including the ocean floor. Like most creatures of the deep, these species remained nameless until recently, when they received names in honour of two individuals who have supported AMRI research.

The opportunity to name one of these new deep-sea worm species was auctioned off to a donor at the Australian Museum Foundation’s Gala dinner in 2019. The funds went towards the genetic analysis and scanning electron microscope imaging used to describe the new species, Melinnopsis gardelli.

The second species, Melinnopsis chadwicki, was named after Clarence (‘Clarry’) Chadwick (1909 – 2004). Clarence was a Research Associate at the AM between 1974 and 1998, where he focused on cycad and insect interaction research. His endowment supports the Chadwick Biodiversity Fellowship at AMRI, which lead author of this study, Dr Laetitia Gunton, received in 2018.

This discovery was part of a larger expedition in 2017 on the research vessel Investigator’s ‘Sampling the Abyss’ voyage, which collected thousands of marine organisms such as fish, corals, crustaceans, sea stars along with more than 6,000 worm specimens belonging to over 200 species. These worms now reside in the AMRI Marine Invertebrate collections. The AM holds one of the largest polychaete collections in the world, with more than 51,000 lots.

Sampling the Abyss was the first dedicated research voyage to systematically sample the eastern Australian abyssal fauna down to 4800 metres. The resulting ongoing worm research from this voyage has been a massive undertaking. Led by researchers at the AM, it involves a national and international team of 30 collaborators from 18 institutions in 11 countries. Once identiﬁed, around 87% of the worm species collected during the voyage are thought to be new species.

AMRI Senior Research Scientist Dr Elena Kuprivanova participated in the expedition. AM Senior Fellows Dr Pat Hutchings, Anna Murray, Research Associate Dr Hannelore Paxton and Technical Officer Dr Ingo Burghardt, along with Dr Kupriyanova and Dr Gunton, are the members of the AM “Worm Lab” involved in this project. Working together, they are contributing descriptions of numerous new species of the abyss.

Two new species of the family Sabellariidae and two species of the family Pectinariidae from this voyage have already been described in publications in Zootaxa, led by Chinese research visitor Jinghuai Zhang, who spent 2018 in the lab, in collaboration with Dr Kupriyanova and Dr Hutchings. These papers demonstrate the importance of local and global collaboration in deep-sea research.

Scientists at the AM continue to study and name the remainder of the species from the voyage, thanks to the generous support of donors, so that people everywhere can better understand the biodiversity of the deep-sea.

To make a donation to the AM or enquire about supporting science, please visit the AM website. 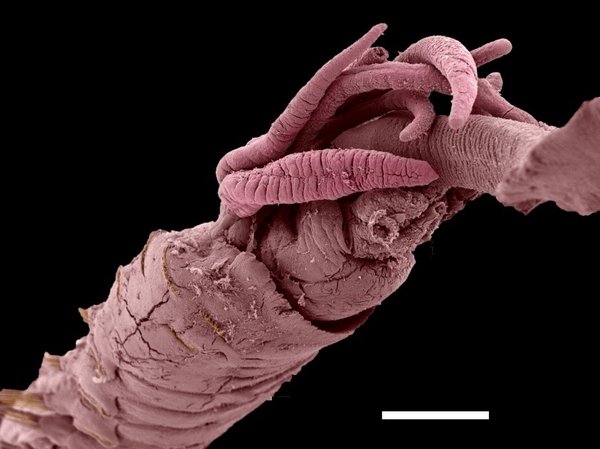 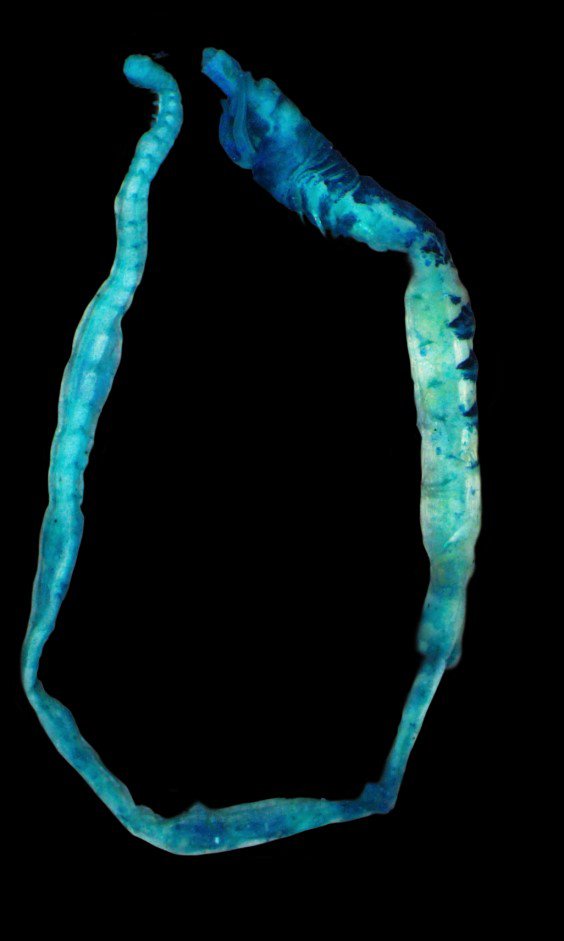 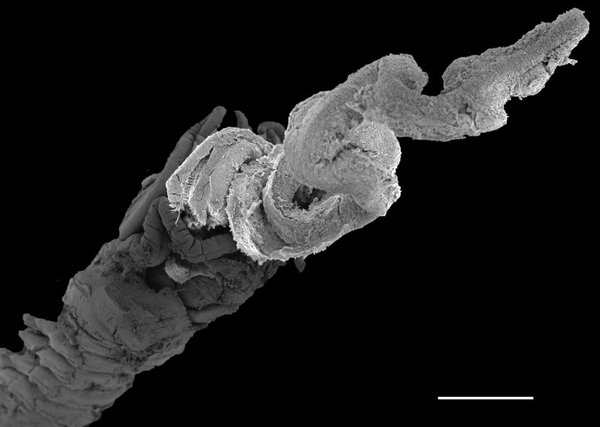 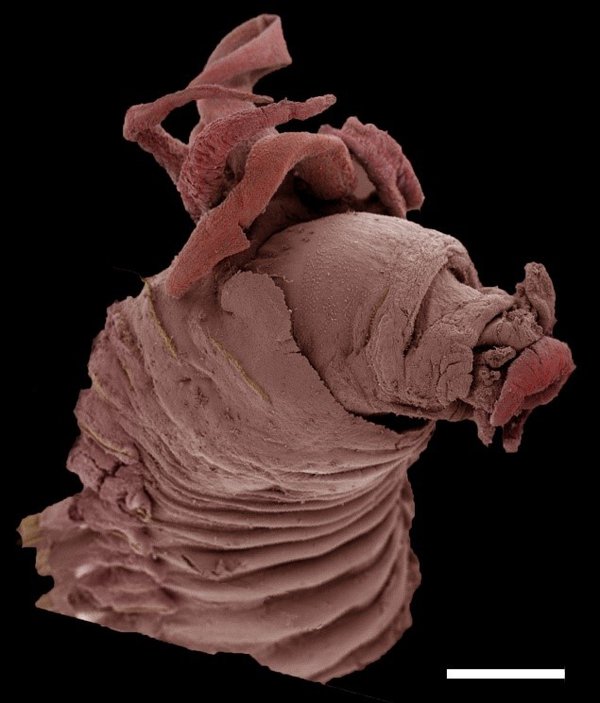 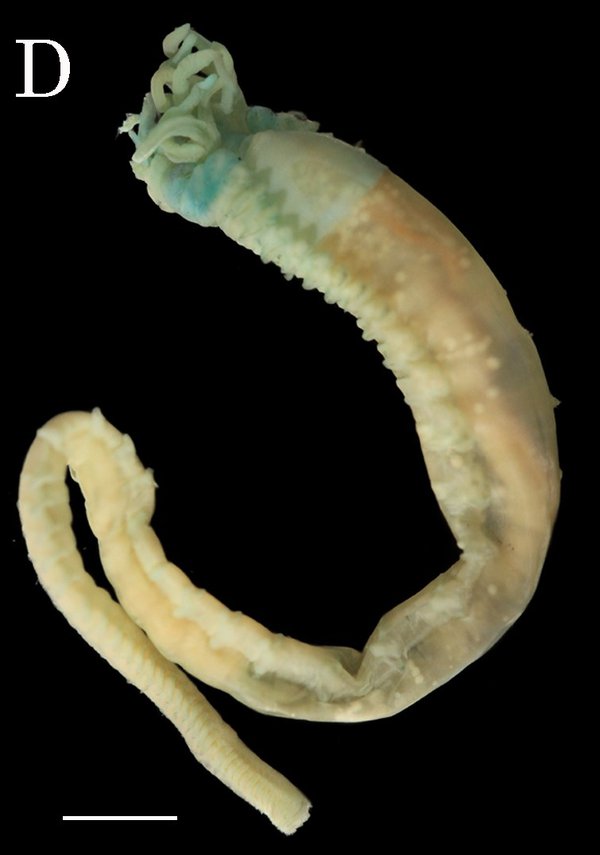 The Australian Museum (AM) was founded in 1827 and is the nation’s first museum. It is internationally recognised as a natural science and culture institution focused on Australia and the Pacific. As custodian of more than 21.9 million objects and specimens, the AM is uniquely positioned to provide a greater understanding of the region through its scientific research, exhibitions and public and education programs. Through the Australian Museum Research Institute (AMRI), the AM also has a leading role in conserving Australia’s biodiversity through understanding the environmental impacts of climate change, potential biosecurity threats and invasive species.

About the Australian Museum Research Institute 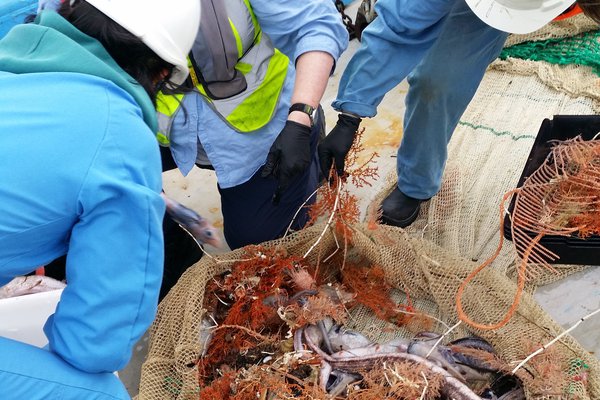