As Director and CEO of the Australian Museum (AM), Kim is responsible for strategic planning and management of the nation’s first museum, including a collection of over 21.9 million natural science and cultural objects and specimens.

Since being appointed to the Director’s role in April 2014 (the first woman to hold the role in the AM’s 190+ year history), Kim leads the AM’s master planning and has initiated a broad transformation program. This includes overseeing Project Discover, the AM’s $57.5m major transformation of public spaces. To be completed in Spring 2020, Project Discover has propelled the AM into a new era as the leading museum in the region and is an important step in the realisation of the AM’s Master Plan and vision for the future.

Other developments to the AM under Kim’s leadership include enshrining free general admission for children into government policy, constructing the award-winning entrance pavilion, Sherman Crystal Hall, creating new galleries and programs, including the heritage restoration of the iconic Westpac Long Gallery.

Kim also established the Australian Museum Centre for Citizen Science; and undertook a comprehensive re-branding campaign. Prior to being appointed, she served for two years as a Trustee of the AM.

Before joining the AM, Kim was Managing Director of Momentum2 Pty Ltd, a Sydney-based marketing and communications agency specialising in major events, corporate sustainability and social responsibility programs. Prior to this she worked in the USA for the Discovery Channel and National Geographic Channels International where she was Senior Vice President Global Marketing & Communications. She has since also held long-term consulting roles with the National Geographic Society co-developing The Genographic Project, at the time the world’s largest DNA population study. Possessing a strong social conscience and environmental commitment, Kim co-founded the iconic Clean Up Australia and Clean Up the World campaigns in the early 1990’s and helped drive their success during their first decade. She received a UNEP International Award for Excellence in Environmental Communication in 1994.

Kim is a strong supporter of women in leadership and actively promotes women within the AM, and across the Museums sector where she championed a nation-wide mentoring program. She is on the advisory board of the One Million Women campaign and, in 2011, was named in the Australian Financial Review’s 100 Women of Influence list, and was included in the book ‘The Power of 100...One Hundred Women who have Shaped Australia.’ In 2013 she received Australian Geographic’s Lifetime Conservation Award.

Awarded as an Officer of the Order of Australia (AO) in 2008 for distinguished service to the environment and the community, Kim also serves on the board of the UNSW Science Advisory Panel, and the UTS Vice-Chancellor’s Industry Advisory Board. She also Chairs the Create NSW Artform Advisory Museums & History Board, and serves on the boards of Osteoporosis Australia, The Somerville Collection Museum in Bathurst, the AM Foundation and Lizard Island Reef Research Foundation. She is the Secretary of the Australian Museum Trust, a PRIA NSW Fellow, co-creator and co-founder of the Sydney Salon, member of the Executive Council of Australasian Museum Directors (CAMD), and member of Chief Executive Women.

The co-author of five books in the ‘True Green’ series published in Australia (ABC Books) and internationally by National Geographic, Kim holds a BA Communications from UTS where she also received the Chancellor’s Award for Excellence and is an honorary Adjunct Professor at the Macquarie Graduate School of Management.

Tony joined the Australian Museum in April 2018 and leads the Corporate Services Division incorporating Finance, Human Resources, Information and Communications Technology, Security, and Facilities Management. As Chief Financial Officer, Tony is also responsible for the Museum’s financial management, planning processes, performance monitoring, and financial reporting to stakeholders. As a member of the Executive Leadership Team, Tony has a key role in strategy development and implementation, including management and delivery of the Museum’s Master Plan.

Tony is a Chartered Accountant and Finance executive with over 20 years experience in financial management, including the past 13 years in leadership roles in both Australia and the UK. He has extensive experience managing, advising on, and delivering a wide range of financial, strategic and other key functions in large and complex organisations across both the not-for-profit and for-profit sectors. Tony has recently returned to Australia from the UK where he was Deputy Director of Finance at one of the world’s great universities, Durham University. At Durham, Tony was a key member of the leadership team involved in strategy development, organisational planning, and major change, including the development of plans involving new investments in people and infrastructure exceeding $500 million.

Since beginning his career at PwC, Tony has held senior and executive roles at two globally significant universities, at one of UK’s largest transport groups, and with one of Australia’s leading social purpose charities. With an extensive background in impactful and service driven community organisations – which are highly regulated, infrastructure intensive, multi-disciplined and people focused – Tony brings significant experience to the Australian Museum’s team.

Russell Briggs is the Director of Engagement, Exhibitions & Cultural Connection at the Australian Museum, beginning his tenure in September 2017. Russell leads the team responsible for permanent, temporary and touring exhibitions; visitor services and front-of-house; digital; public and education programs; the museum archives and library; and the extensive cultural collections which include Aboriginal, Torres Strait Islander, Pacific and international objects.

Previously, Russell worked for a decade as Executive VP and Creative Director of a high-end multimedia company in California that specialised in rich-media and interactive technology, user engagement strategy, and audio/video production. Russell received a Bachelor degree in Film and Television, at the University of California, Los Angeles.

Professor Kristofer M. Helgen is Chief Scientist and Director of the Australian Museum Research Institute (AMRI), as of June 2020. As Chief Scientist and Director, he is responsible for the AMRI team of more than 80 staff, including research scientists, collection scientists, collection officers and more than 100 associates, fellows and students, who research and explore the natural world.

Helgen was most recently Professor of Biological Sciences at the University of Adelaide. He has focused his research primarily on fieldwork with living animals and research in museum collections to document the richness of life, understand global change, and contribute to important problems in biomedicine. Originally from Minnesota, Helgen gained his undergraduate degree in Biology at Harvard University and his Ph.D. in Zoology as a Fulbright Fellow at the University of Adelaide. From 2008-2017 he served as Curator-in-Charge of Mammals at the Smithsonian’s National Museum of Natural History in Washington, D.C.

Helgen has an outstanding global track-record and has conducted research in more than 50 countries documenting some 100 previously overlooked species of living mammals. He has a deep understanding of museums and museum collections, and experience leading major expeditions around the world. A dedicated public communicator in support of biodiversity conservation, Helgen’s expeditions and discoveries have been featured in two major documentary series by the BBC Natural History Unit and are regularly profiled in the media.

Helgen holds additional academic appointments at the Natural History Museum (London), the American Museum of Natural History (New York), the Bishop Museum (Hawaii), the South Australian Museum (Adelaide), and George Mason University (Virginia). He is a board member of Zoos South Australia, Conservation International (Australia), the International Koala Centre of Excellence, and TCS World Travel. He has been recognised as a Fulbright Fellow, a National Geographic Society Explorer, a CNN Inspirations Researcher, and named to the list of the “Most Innovative Under 40” by Business Insider magazine.

Jacinta Spurrett joined the AM as Director, Marketing, Communications and Partnerships in October 2016. Jacinta is a highly experienced leader in all three related sectors and brings a wide range of strategic and practical skills to the role.

Her 20+year professional career has encompassed a diverse group of organisations. For the eight years prior to joining the AM, Jacinta was CEO of the Eye Surgeons’ Foundation where she oversaw a strategic turn-around and significant growth in funds raised from both donors and corporations. She has been Managing Director of the National Geographic Channel in Australia and New Zealand, supported international projects for many organisations (such as British Airways, Citibank, Yahoo! and Discovery Channel to name a few) and been the Managing Director of a leading Sydney public relations firm. Jacinta holds a BA Communications, Australian National University.

In July 2018, Amanda was promoted to Acting Director, Public Affairs & Development, responsible for the development of corporate strategic projects, government relations and other stakeholders who support the AM’s strategic direction. This role also secures financial support for the Australian Museum from private sources including individual donors, Trusts & Foundations, bequests to increase revenues, engagement and awareness, and to enhance the Museum’s brand. Amanda was selected for the Council of Australian Museum Directors Executive Mentoring Program (2018).

Maggie is the Australian Museum’s Senior Human Resources Business Partner, bringing over 15 years of comprehensive human resources experience to our People & Culture team. She is a skilled HR professional focussing on both strategy and operations, and has a detailed working knowledge of the NSW government sector. Maggie holds a Masters of Human Resources Management from University of NSW and is an AHRI Certified Academic of Human Resources (CAHR). Maggie joined the Australian Museum in 2006, and has recently joined the executive leadership team to drive a strong organisational culture.

People & Culture’s purpose is to optimise The Australian Museum’s outcomes through the provision of integrated people and performance solutions to achieve an agile, engaged and high performing workforce. People & Culture’s function: 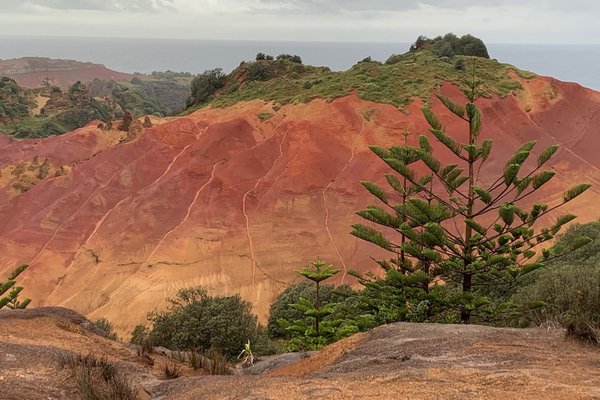 Why we are better together 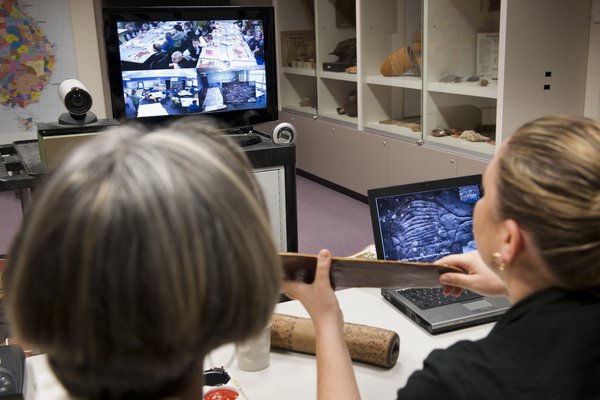 Video Conferencing provides a fantastic opportunity to have your schools link-up with our vast collection, educators and experts—offering interactive learning anywhere and everywhere. 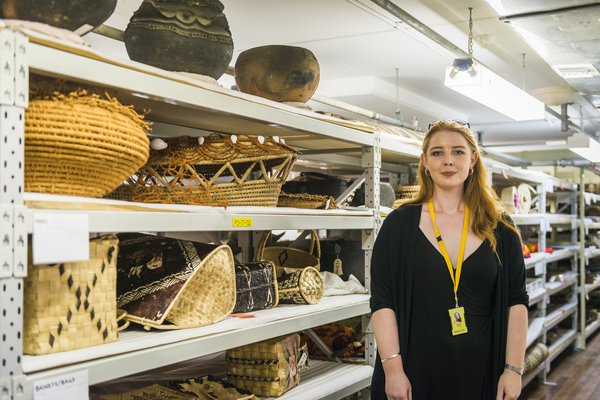 The Australian Museum offers work experience opportunities for students in years 10, 11 and 12.

Why we are better together

Access our suite of classroom activities to fit within a unit of study, curriculum topic or be delivered as standalone resources. 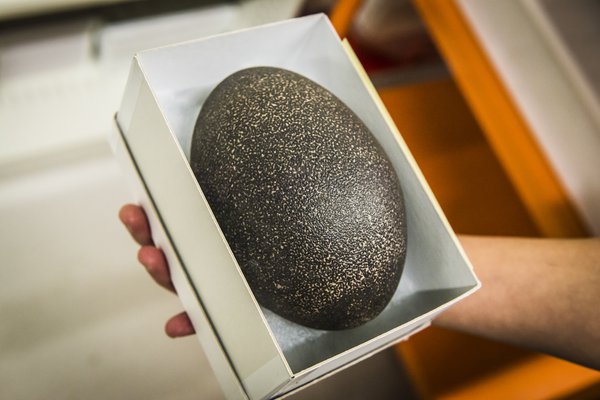 Rare books
Scientific publications
Journals
Read more
Back to top
You have reached the end of the page. Thank you for reading.