In December 1990, the Australian Museum received a request from the La Perouse Local Aboriginal Land Council (LPLALC), whose lands extend from Vaucluse to Helensburg, to repatriate ancestral remains from the area. 32 sets of remains were identified, many of them donated by people who had come across them accidently while in the area, others from archaeological excavations, from the National Parks and Wildlife Service, and from exchanges with other museums.

According to procedure, a report on the scientific value of the remains was requested. Of the 32 sets of ancestral remains, it was recommended to the Australian Museum Trust that 29 should be returned. The other three were identified as having significant scientific value, but after further negotiation, it was agreed that these too should be returned. The return of the ancestral remains was approved by the Trust in 1991. However, owing to changes in the LPLALC membership and because of the difficulty in finding suitable reburial sites, the identified material remained in the Australian Museum.

The process was resumed after suitable sites were identified. In this period, the Museum negotiated with other institutions including National Museum of Australia and the Shellshear Museum at the University of Sydney, to identify further remains from the La Perouse area, resulting in five additional sets of remains being identified. The ancestral remains were repatriated during a handover and reburial ceremony in May 2002, attended by Indigenous Australians from the LPLALC, and representatives from the Australian Museum and the National Parks and Wildlife Service. They were subsequently reburied at sites including Towra Point, Little Bay Cemetery and in the Royal National Park.

The Australian Museum recognises the importance of repatriating secret/sacred items and ancestral remains to Indigenous Australians and seeks to work in collaboration with communities towards this end.

Born on Hill 60 in Port Kembla in 1931, Esme is an artist and Bidjigal woman. She has been collecting shells since the age of five at La Perouse where she lives. 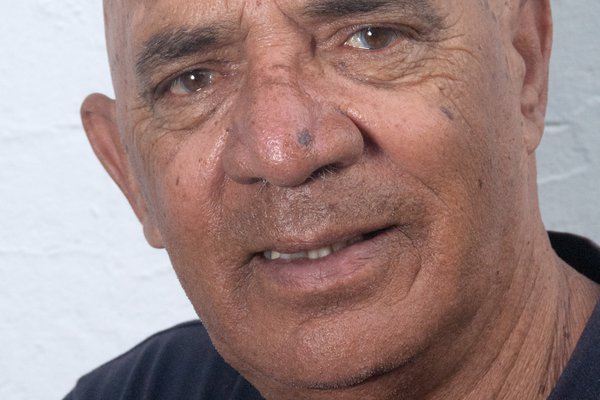