I have been with the Herpetology team since 2017, firstly as an IUCN amphibian red list authority intern, assisting with red list assessments for South East Asian amphibian species, as a research assistant, participating in several amphibian field surveys across NSW, and more recently as an honours student and FrogID validator.
I have a passion for amphibian conservation, particularly disease management. My recent honours project in association with the University of New South Wales and the Australian Museum Research Institute investigated the disease dynamics of the amphibian chytrid fungus in the greater Sydney region.

In my current role as a FrogID validator, I work behind the scenes of the Australia-wide citizen science project, FrogID. I validate frog calls across 6 of Australia’s states and territories. 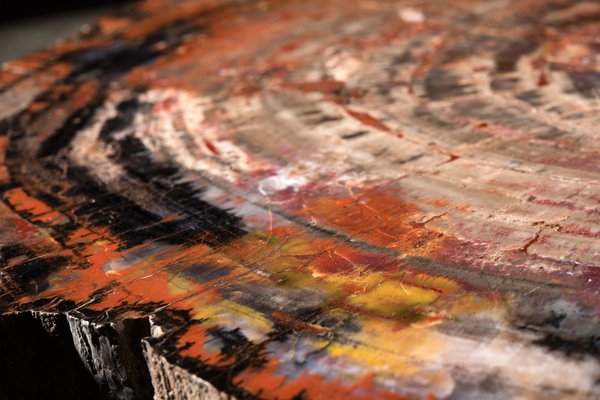 This polished, richly hued slice of jasperised wood is from the Petrified Forest National Park, which covers parts of Navajo and Apache Counties in north- eastern Arizona, USA.

A history of Ash Island

Frog diseases, with a focus on the prevalence and impact of the amphibian chytrid fungus.