The Cunjevoi is sometimes covered in green or brown algae and has a tough brown exterior or 'tunic'.

During high tide, the Cunjevoi feeds on plankton as water is pumped in and out of its siphons.

As the tide recedes, the Cunjevoi holds water to keep from drying out and, like all sea squirts, squirts a jet of water like a water pistol when squeezed or trodden on at low tide.

Cunjevoi is an Aboriginal name and the animals were once a common food source for Sydney's Aboriginal people. Today, the Cunjevoi is popularly used as fishing bait. People cut the Cunjevoi, scoop out its soft insides and leave the hard tunic attached to the rock. However, the Cunjevoi is a protected species in some parts (marine reserves) of Sydney Harbour. 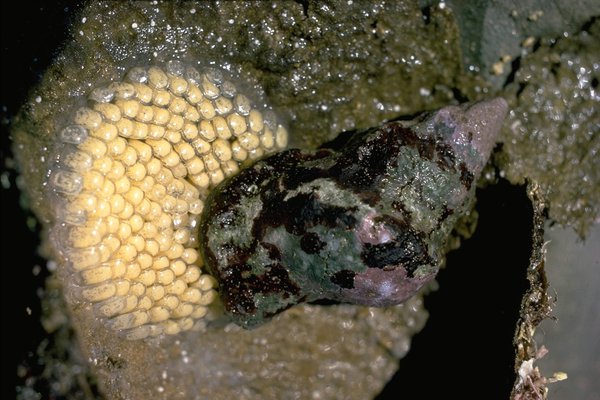 2019 finalists
Find out more
Back to top
You have reached the end of the page. Thank you for reading.