A large species of frog reaching up to 8.5 cm in body length. It has a bright green back with gold patches, although it can become almost completely dark brown when the frog is cold or inactive. The belly is white. The pupil is horizontal and the iris is gold. The groin and the backs of the thighs are bright blue. Fingers are unwebbed and toes are nearly completely webbed, both with small discs. This species sometimes basks in the sun, one of few Australian frogs to do so. 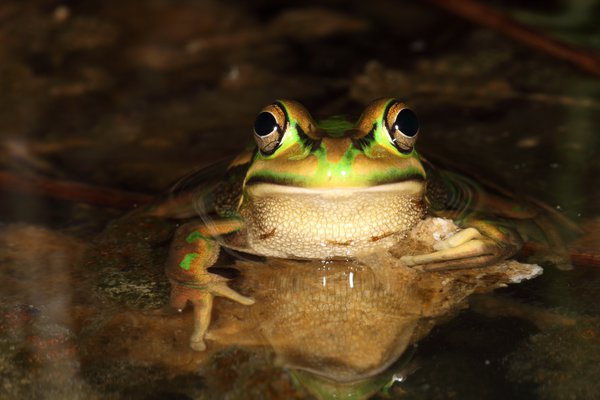 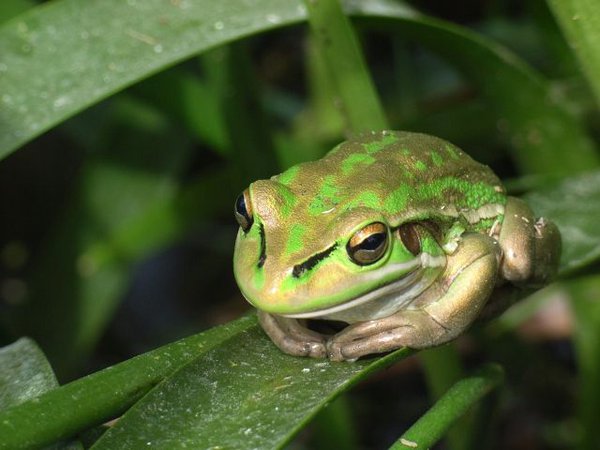 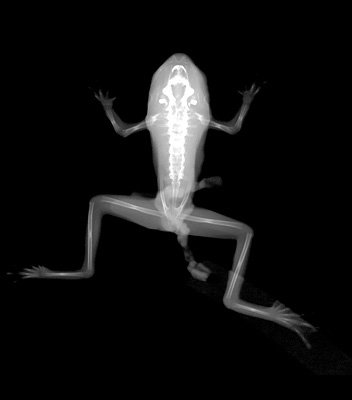 Eggs are laid as small clusters in water, sometimes sinking and attaching to vegetation at the shallow edges of permanent lagoons, dams, and ponds. Tadpoles can reach a total length of up to 8 cm; they are dark in colour when in the early stages of development, but later on show green and gold patches on their bodies. They often swim in the mid-depths and surface areas of water bodies, and take three to eleven months to develop into frogs. Breeds during spring and summer.

The Eastern Banjo Frog gets its name from its call, which is a banjo-like 'plonk' or 'bonk' sound.

Limnodynastes tasmaniensis
Learn more
Back to top
You have reached the end of the page. Thank you for reading.