The Red Gurnard has brightly coloured pectoral fins that are used for display or startling potential predators.

The Red Gurnard has a bony head and a blunt snout that lacks spines. The body is covered with tiny cycloid scales. A row of enlarged scales forming thorn-like bucklers is present along the bases of both dorsal fins.

The species is red-brown to grey-brown above and pale below. The body has scattered red-brown blotches. The pectoral fins are greenish-grey with light blue spots. The margin is pale blue and there is a black blotch with white dots near the base. 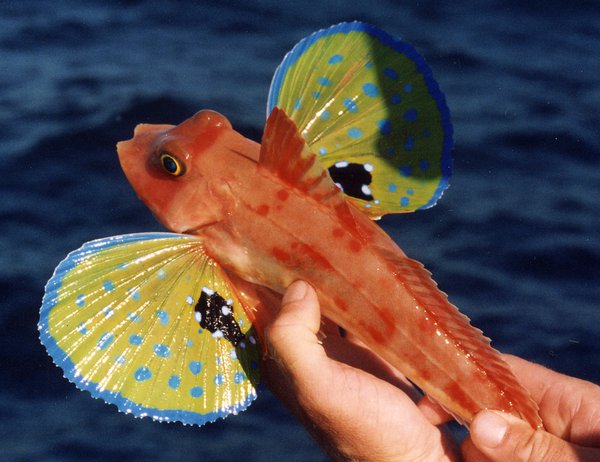 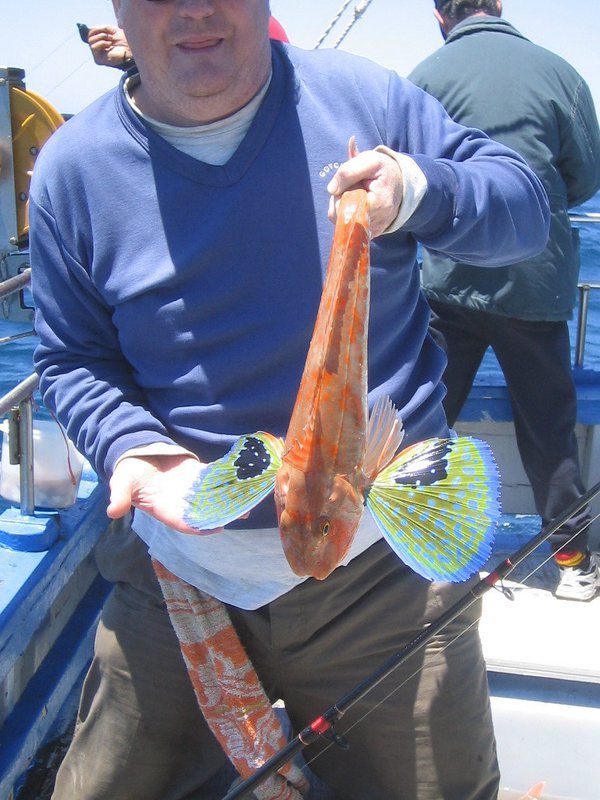 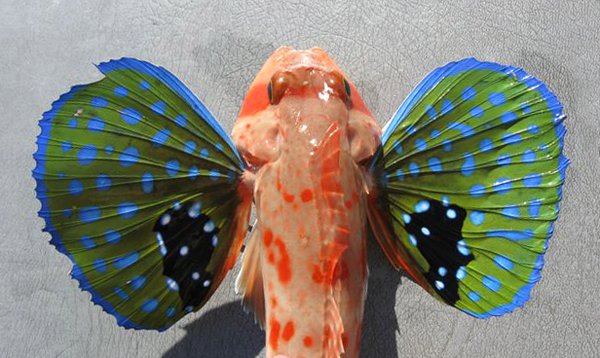 It is known from shallow sandy beaches and estuaries (as juveniles) down to a depth of around 200 m.

It is most often encountered in trawler catches but is sometimes caught on hook and line.

The species is known from temperate marine waters of the Indo-West Pacific.

In Australia it occurs from southern Queensland, around the south of the country and north to the central coast of Western Australia.

It is believed that the fish will flair its brightly coloured pectoral fins as a display or to startle potential predators. 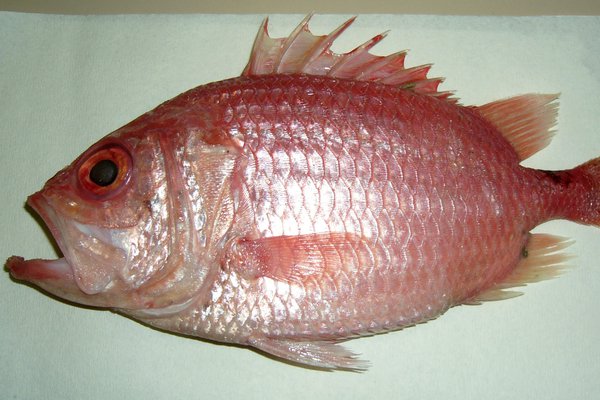