DNA technology at the Australian Museum is helping government agencies to identify confiscated material and bring wildlife traffickers to justice.

The international trade in wildlife is highly lucrative. While Australia has some of the most stringent state and federal laws relating to wildlife crimes, there are few prosecutions, hence the need for greater ability to identify and protect species popular with traffickers.

Australian Museum forensic biologist Dr Rebecca Johnson reports on her work in DNA analysis and some recent applications in the September issue of the journal of Forensic Science, Medicine & Pathology .

“DNA-based identification is especially useful in cases where, for example, only part of an animal has been found, or they are very immature such as embryos, or to identify where material originated,” she says.

“The Australian Museum is in a unique position to assist with identifying materials that agencies such as Customs and the Dept of Fisheries have seized as we can use our extensive natural history collections, as well as a large bank of frozen tissue, to compare DNA extracted from unidentified animal material.”

In the article The use of DNA identification in prosecuting wildlife-traffickers in Australia. Do the penalties fit the crimes? Rebecca describes using the Museum’s ‘reference’ material to positively identify 87 shark fins confiscated by the Australian Fisheries Management Authority. Shark fins are much targeted by organised crime, and many shark species are in decline due to indiscriminate hunting. In Australia, fins held without the rest of the shark carcass are illegal and will be seized by fisheries officers.


Rebecca also helped to identify 23 bird eggs confiscated by quarantine officers; two belonged to a parrot species internationally recognised as threatened with extinction, and the rest from parrot species whose trade ‘must be controlled’.

Both cases resulted in successful prosecution of the wildlife traffickers 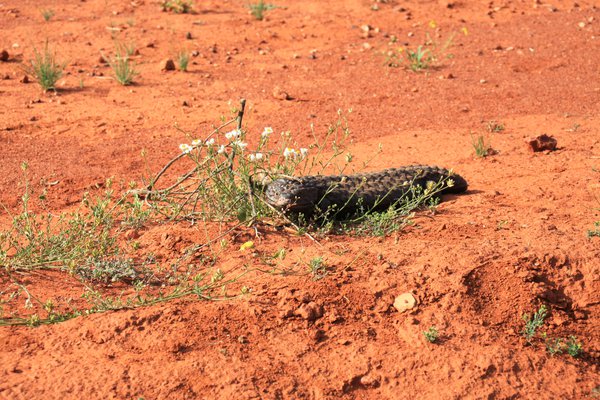 In a world first, PhD candidate Amber Brown with supervising scientists have developed and validated a fit-for-purpose mitochondrial DNA kit to identify shingleback DNA – and created one of the only phylogeographic genetic databases to track the genetic lineage of confiscated shingleback lizards.