16 December, 2022, Sydney: Australia, home to the most unusual animal species on the planet that defy imagination, can now lay claim to being the wellspring of modern mammal evolution. Published in the Australasian Journal of Palaeontology, Alcheringa, lead authors Professors Tim Flannery and Kris Helgen from the Australian Museum, along with Dr Thomas Rich from Museums Victoria and Professor Patricia Vickers-Rich from Monash University, and Dr E. Grace Veatch of the Smithsonian Institution, argue that the ancestors of Theria (placental and marsupial mammals) evolved in Gondwana 50 million years before migrating to Asia during the early Cretaceous Period around 126 million years ago.

Professor Flannery, Honorary Associate, Australian Museum, said that for almost 200 years it has been believed that the placental mammals, and the related marsupials, had originated in the northern hemisphere, as that is where the majority of mammal diversity is now found, and where the most abundant fossils occur.

“However, our studies of the tribosphenic molars of therian mammals found in early and middle Jurassic sediments from Madagascar, South America and India (which are up to 180 million years old) predate the oldest such remains from the Northern Hemisphere by 50 million years,” Flannery said.

“Furthermore, our research shows that therian fossils from the Cretaceous of Australia, dating from around 126 to 110 million years ago, share characteristics with both these Jurassic Southern Hemisphere forms and the modern Northern Hemisphere Theria,” Flannery explained.

“This new research has completely revised and turned on its head our understanding of early mammal evolution. It's the most important piece of palaeontological research, from a global perspective that I've ever published, but it may take some time to find full acceptance among Northern Hemisphere researchers" Flannery added.

Chief Scientist of the Australian Museum, Professor Kris Helgen, said that during the Cretaceous period, Australia, New Zealand, South America, Antarctica, Africa, Madagascar, and the Indian Subcontinent were all joined in one southern supercontinent, Gondwana, and that early versions of many mammal lineages must have existed at this time, but evidence of their presence in the fossil record, their anatomical features, and their evolutionary relationships have been slow to reveal themselves, preventing in-depth assessments until now.

“Our research indicates that Theria evolved in Gondwana, thriving and diversifying there for 50 million years before migrating to Asia during the early Cretaceous. Once they arrived in Asia they diversified rapidly, filling many ecological niches,” Helgen said.

Helgen said that teeth are a useful tool in identifying mammals, and that advances in imaging techniques have greatly helped in identifying where the fossils fit in to the wider evolutionary picture.

“A key component to the evolutionary success of Theria lies in their teeth. With their sophisticated molars, known as tropospheric molars, they were able to crush, puncture, and cut through food simultaneously.” Helgen explained.

While the eureka moment happened in comparisons made earlier this year, the research to find key mammal fossils has been painstaking. Fellow palaeontologists, Dr Tom Rich and Professor Patricia Vickers-Rich searched Cretaceous age rocks for 23 years before turning up the first mammal fossil.

“Dating mammal lineages depends on both genetic analysis and the fossil record. We also date the rock around the fossil. With our latest research we have succeeded in filling the gaps to draw a detailed portrait of the early evolutionary history of Theria.” Dr Rich said.

Australia is small in size compared to the other continents, yet it has more high-level mammal diversity than any other continent. More than 350 native mammals are known from Australia, half of which are marsupials such as the kangaroos, wombats, koalas, and Tasmanian devils. In Australia these coexist with the egg laying monotremes (echidna and platypus) which are the only non-therian mammals alive today, as well as the placental rodents and bats.

Professor Helgen said human habitation and the rapid rate of climate change has had a huge impact on the country’s flora and fauna. Destruction of habitat, plus introduction of exotic species has led to many of Australia’s unique mammals becoming extinct. Sadly, in the recent 2022 State of the Environment report, Australia now holds the record for the extinction of the most mammals across the world.

“If we can change the planet so profoundly, it is in our capability to rectify and stem the loss. We now know more about how our mammals evolved, and now we have to ensure that what is left pulls through the current extinction crisis we humans have triggered,” Helgen said.

The Quokka is one of the smallest wallabies. This marsupial has the ability to climb trees. 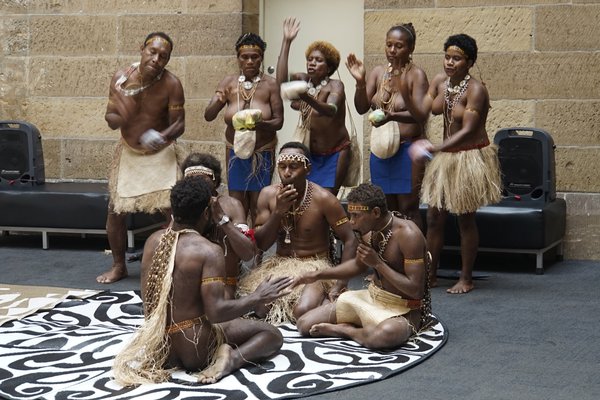