Meroplankton spend only the larval or early stages of their life as part of the plankton and spend their adult lives on the reef. Some, like polychaete worms, will then revisit the plankton during their reproductive stages. Many of the common, well-known animals found on the Great Barrier Reef spend time as free-swimming meroplankton, bearing little or no resemblance to the adult they will become. The differences between the appearance of larval and adult stages led to much confusion in the past when larval forms were often believed to be completely different species from the adults.

While living in the plankton, meroplankton either feed on other members of the plankton, or they live off the yolk they have retained from the egg they hatched from. Larvae spend varying amounts of time in the plankton, from minutes to over a year. However, just how long these tiny animals can be considered truly planktonic is under some debate. Scientists in recent years have discovered that many of these tiny animals in the plankton (in particular larval fish and crustaceans) quickly become very good swimmers capable of incredible feats of speed and endurance. 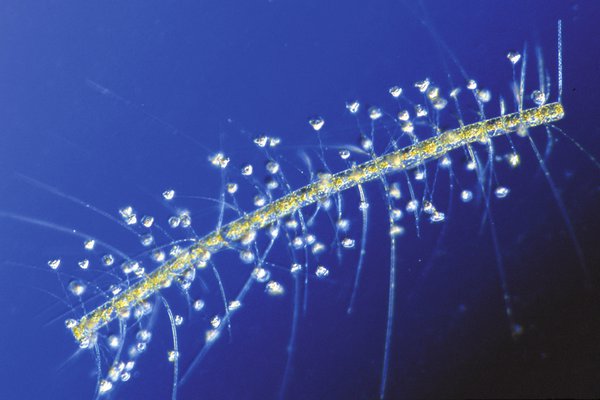