The Orange-fin Anemonefish lives between the tentacles of several anemone species where it feeds on zooplankton and algae.

Clark's Anemonefish has a wider bar on the side of the body and almost always a third bar across the tail base.

It occurs in tropical marine waters of the Western Pacific.

In Australia it is known from the northern Great Barrier Reef, Queensland.

The species feeds mainly on zooplankton and algae. 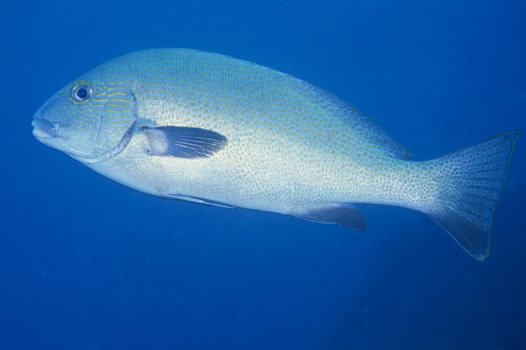 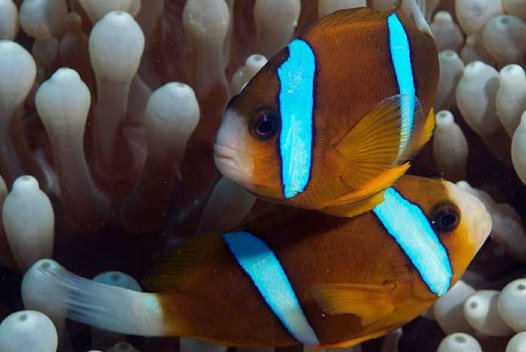