The Hoodwinker Sunfish, Mola tecta, is a new species of sunfish, recently discovered ‘hiding in plain sight’ in museum collections. For over 125 years specimens of this species were mistakenly identified, until a recent study by Nyegaard et al (2017) identified them as a new species, patiently waiting to be discovered. In fact, the specific name of this species, ‘tecta’, is latin for hidden or disguised.

Sunfish are from the family Molidae and are the largest bony fish in the world. They have attracted interest for centuries because of their unique shape and large size. These beautiful giants can grow to more than 3m and over 2000kg. Sunfishes are found worldwide in the open ocean of tropical and temperate seas.

These interesting fish are completely without a caudal fin, instead replaced by a ‘clavus’, which in latin means ‘rudder’. A number of different characteristics are used to separate the Mola species and one of them is the clavus. Mola tecta can be identified from its rounded clavus edge with indent, 15-17 clavus fin rays and its body scales are raised conical midpoints (the clavus is wavy or lobed in Mola mola and rounded in Mola alexandrini).

It is surprising that such a large fish could be ‘undiscovered’ in museum collections, but due to their rare occurrence to scientists combined with the difficulties in preserving large specimens, this beautiful fish had to bide its time to be revealed to the world.

Specimens in the collection:

On September 11, 2002, a 1.8 m long Hoodwinker Sunfish, Mola tecta washed up on Narrabeen Beach, northern Sydney, New South Wales. A team from National Parks and Taronga Zoo euthanased the dying fish and took it to Taronga Zoo for an autopsy. The autopsy report stated that the fish was dying of starvation.

While the specimen was too large to preserve whole, a range of tissue samples from the sunfish are now registered in the Australian Museum Fish Collection as AMS I.41536.

While the adult sunfish species have been described and their taxonomy determined, very little is known about the early life history of these amazing fishes. The features that are used to determine which species an adult sunfish just aren’t visible in larval specimens. Research is currently underway to determine which species is which, using not only traditional morphological features but super cool DNA analysis. Until then we just have to be content with looking at these super cute images of larval Mola specimens. 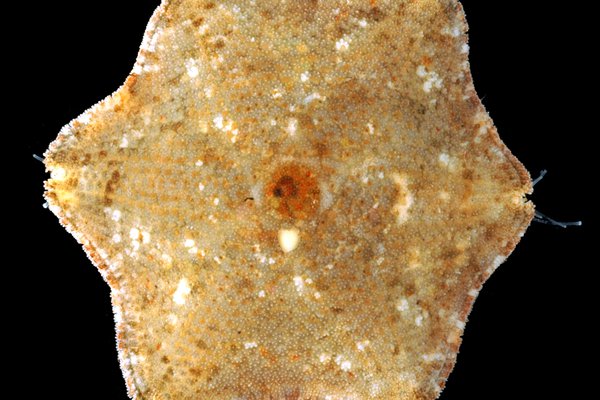 Facts about Meridiastra oriens a seastar of the Sydney Region.

The scincid lizard genus Caledoniscincus (Reptilia: Scincidae) from New Caledonia in the southwest Pacific: a review of Caledoniscincus austrocaledonicus (Bavay) and description of six new species from Province Nord

22 July 2020
Read more
Back to top
You have reached the end of the page. Thank you for reading.