The story of the Coelacanth is truly remarkable. Read on...

Coelacanths are quite different from all other living fishes. They have an extra lobe on the tail, paired lobed fins, and a vertebral column that is not fully developed. Coelacanths are the only living animals to have a fully functional intercranial joint, which is a division separating the ear and brain from the nasal organs and eye. The intercranial joint allows the front part of the head to be lifted when the fish is feeding. One of the most interesting features of the Coelacanth, is that it has paired fins which move in a similar fashion to our arms and legs. 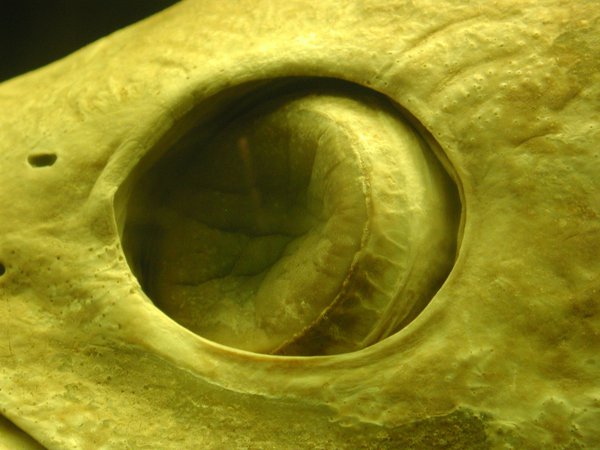 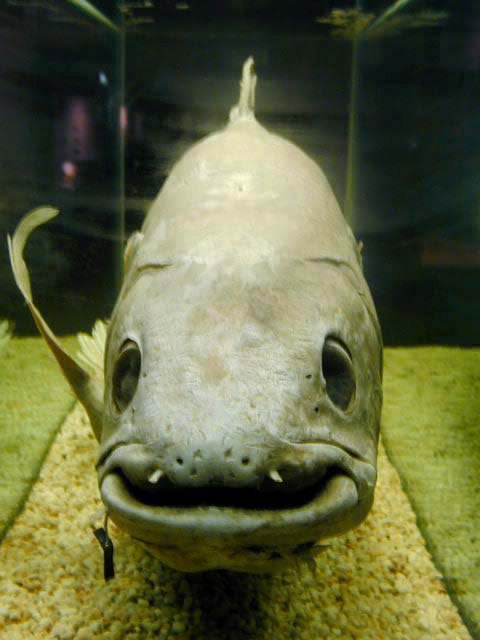 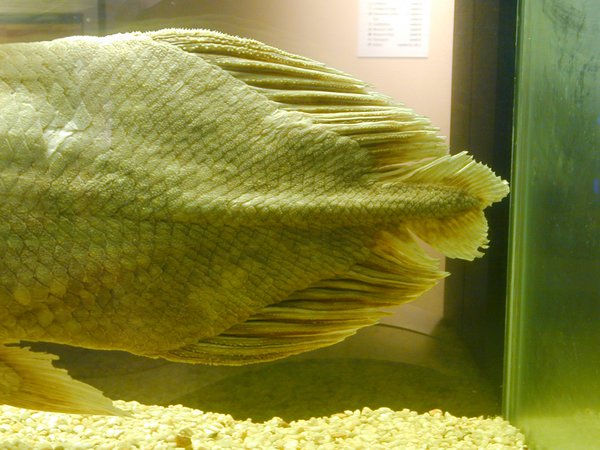 A few days before Christmas in 1938, a Coelacanth was caught at the mouth of the Chalumna River on the east coast of South Africa. The fish was caught in a shark gill net by Captain Goosen and his crew, who had no idea of the significance of their find. They thought the fish was bizarre enough to alert the local museum in the small South African town of East London.

The Director of the East London Museum at the time was Miss Marjorie Courtney-Latimer. She alerted the prominent south African ichthyologist Dr J.L.B. Smith to this amazing discovery. The Coelacanth was eventually named (scientific name: Latimeria chalumnae) in honour of Miss Courtney-Latimer.

In 1998 a Coelacanth was caught in Sulawesi, Indonesia. The only obvious difference between it and the Coelacanth from the Comoros Islands was the colour. The Comoros Coelacanth is renowned for its steel blue colour, whereas fish from the Sulawesi population were reported to be brown. In 1999 the Sulawesi Coelacanth was described as a new species, Latimeria menadoensis by Pouyaud, Wirjoatmodjo, Rachmatika, Tjakrawidjaja, Hadiaty and Hadie.

This Coelacanth specimen caught in 1938 led to the discovery of the first documented population, off the Comoros Islands, between Africa and Madagascar. For sixty years this was presumed to be the only Coelacanth population in existence.

On 14th July 2007, a Coelacanth was caught by fishermen off Nungwi, Northern Zanzibar. Researchers from the Institute of Marine Sciences, Zanzibar (IMS) led by Dr Narriman Jiddawi were contacted and arrived on site to identify the fish as Latimeria chalumnae.

In 2003 the IMS joined efforts with the African Coelacanth Project (ACEP) programme to search for Coelacanths. On 6th September 2003 the first coelacanth was caught in the southern part of Tanzania at Songo Mnara making Tanzania the sixth country to record the presence of the L. chalumnae. Since then, 35 coelacanths have been recorded in Tanzania ranging from Tanga in the north, south to Mtwara. The Nungwi specimen is the 36th coelacanth to be caught in Tanzania and the first for Zanzibar. Narriman Jiddawi is acknowledged for providing this information and the image.

On July 30 1998, a Coelacanth was caught in a deep-water shark net by local fishers off the volcanic island of Manado Tua in northern Sulawesi, Indonesia. This is about 10 000 km east of the Western Indian Ocean Coelacanth population. The fisher brought the fish to the house of American biologist Mark Erdmann who along with his wife Arnaz had seen a specimen in the outdoor markets the previous September. The local people were familiar with the Coelacanth and called it raja laut or 'king of the sea'. This fish turned out to be a new species.

The discovery of this new Coelacanth in Sulawesi, opens up the possibility that Coelacanths may be more widespread and abundant than was previously assumed.

Recent research indiicates that the Coelacanth may be monogamous.

The Australian Museum collection contains one Coelacanth specimen (AMS IB.7555). It was captured off the Comoros Islands, and purchased by the Trustees of the Australian Museum in 1965. The fish was transported to the Western Australian Museum by the US RV Atlantis, where it starred briefly in the Perth media. It was then sent by air to the Australian Museum. Once on display it became affectionately known as the 'wishing fish'. Visitors dropped coins through a small crack in the holding case of the tank and made a wish. Unfortunately after a time the coins discoloured the liquid in the tank, and the practice was stopped. The Coelacanth has been on display in several different exhibitions.

The Coelacanth specimen caught in 1938 is still considered to be the zoological find of the century. This 'living fossil' comes from a lineage of fishes that was thought to have been extinct since the time of the dinosaurs.

How could Coelacanths disappear for over 80 million years and then turn up alive and well in the twentieth century? The answer seems to be that the Coelacanths from the fossil record lived in environments favouring fossilisation. Modern Coelacanths, both in the Comoros and Sulawesi were found in environments that do not favour fossil formation. They inhabit caves and overhangs in near vertical marine reefs, at about 200 m depth, off newly formed volcanic islands.

The discovery by science of the Coelacanth in 1938 caused so much excitement because at that time Coelacanths were thought to be the ancestors of the tetrapods (land-living animals, including humans). It is now believed that Lungfishes are the closest living relative of tetrapods. The Coelacanth may still provide answers to some very interesting evolutionary questions.

Johanson and colleagues 2006 paper (see References, below) described a fossilised lower jaw found in Victoria. The bone was from an extinct coealacanth, named Eoactinistia foreyi, which lived in the Lower Devonian.

Queensland rats of economic importance, and new forms of Rattus and Thetomys