As Director and CEO of the Australian Museum (AM), Kim is responsible for strategic planning and management of the nation’s first museum, including a collection of over 21.9 million natural science and cultural objects and specimens.

Since being appointed to the Director’s role in April 2014 (the first woman to hold the role in the AM’s 190+ year history), Kim leads the AM’s master planning and has initiated a broad transformation program. This includes overseeing Project Discover, the AM’s $57.5m major transformation of public spaces. To be completed in Spring 2020, Project Discover has propelled the AM into a new era as the leading museum in the region and is an important step in the realisation of the AM’s Master Plan and vision for the future.

Other developments to the AM under Kim’s leadership include enshrining free general admission for children into government policy, constructing the award-winning entrance pavilion, Sherman Crystal Hall, creating new galleries and programs, including the heritage restoration of the iconic Westpac Long Gallery.

Kim also established the Australian Museum Centre for Citizen Science; and undertook a comprehensive re-branding campaign. Prior to being appointed, she served for two years as a Trustee of the AM.

Before joining the AM, Kim was Managing Director of Momentum2 Pty Ltd, a Sydney-based marketing and communications agency specialising in major events, corporate sustainability and social responsibility programs. Prior to this she worked in the USA for the Discovery Channel and National Geographic Channels International where she was Senior Vice President Global Marketing & Communications. She has since also held long-term consulting roles with the National Geographic Society co-developing The Genographic Project, at the time the world’s largest DNA population study. Possessing a strong social conscience and environmental commitment, Kim co-founded the iconic Clean Up Australia and Clean Up the World campaigns in the early 1990’s and helped drive their success during their first decade. She received a UNEP International Award for Excellence in Environmental Communication in 1994.

Kim is a strong supporter of women in leadership and actively promotes women within the AM, and across the Museums sector where she championed a nation-wide mentoring program. She is on the advisory board of the One Million Women campaign and, in 2011, was named in the Australian Financial Review’s 100 Women of Influence list, and was included in the book ‘The Power of 100...One Hundred Women who have Shaped Australia.’ In 2013 she received Australian Geographic’s Lifetime Conservation Award.

Awarded as an Officer of the Order of Australia (AO) in 2008 for distinguished service to the environment and the community, Kim also serves on the board of the UNSW Science Advisory Panel, and the UTS Vice-Chancellor’s Industry Advisory Board. She also Chairs the Create NSW Artform Advisory Museums & History Board, and serves on the boards of Osteoporosis Australia, The Somerville Collection Museum in Bathurst, the AM Foundation and Lizard Island Reef Research Foundation. She is the Secretary of the Australian Museum Trust, a PRIA NSW Fellow, co-creator and co-founder of the Sydney Salon, member of the Executive Council of Australasian Museum Directors (CAMD), and member of Chief Executive Women.

The co-author of five books in the ‘True Green’ series published in Australia (ABC Books) and internationally by National Geographic, Kim holds a BA Communications from UTS where she also received the Chancellor’s Award for Excellence and is an honorary Adjunct Professor at the Macquarie Graduate School of Management. 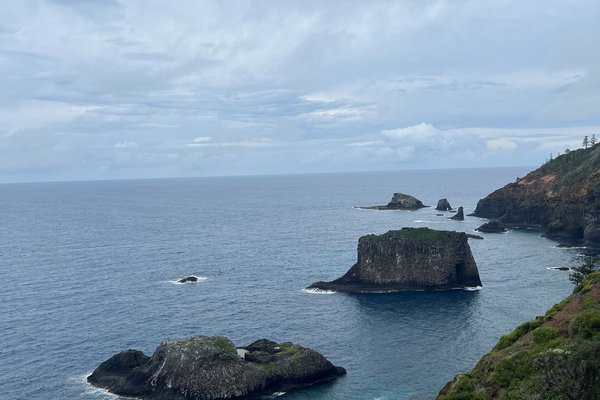