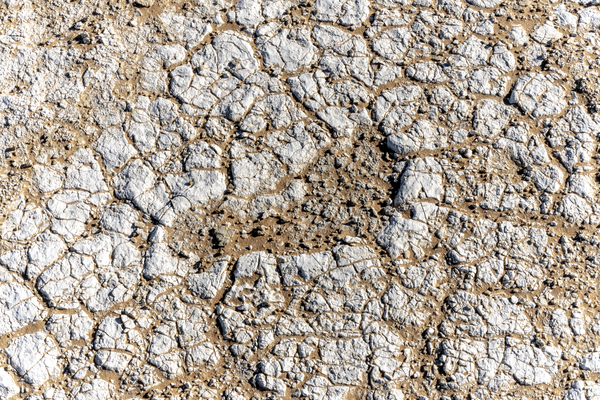 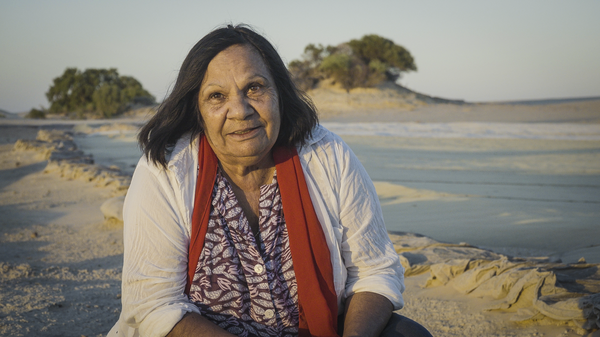 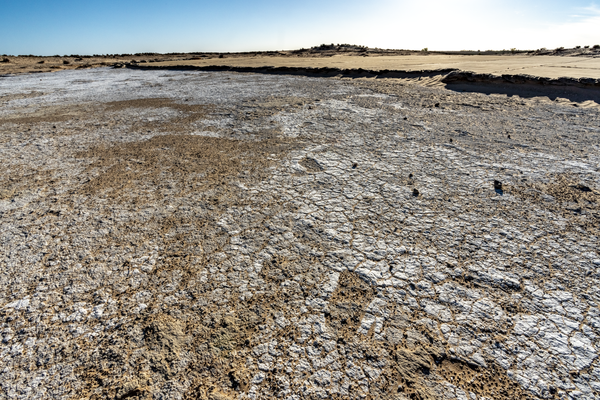 Commissioned by the Australian Museum (AM), No Distance Between Us, tells the story of one of the most remarkable archaeological sites in the country through the voices of the traditional owners, Mutthi Mutthi, Barkandji and Ngiyampaa Aboriginal tribal groups.

Kim McKay AO, Director & CEO, Australian Museum said through commissioning No Distance Between Us, the AM pays tribute to the history of Australia’s First Peoples and the significant contribution they have made to our nation’s development.

“Featuring their stories in their own words helps build richer relationships embracing the depth and breadth of Indigenous knowledge and spirituality.” McKay said.

“The discovery of the 20,000 year old fossilised footprints by the traditional owners is a statement from the ancestors about the unbroken custodianship the First Nations people have with their sea and country.” McKay added.

Director Vera Hong said it was vital to capture the significance of the ancient footprints through the voices of the Aboriginal Traditional Custodians.

'We have much to learn from Australia's First Nation people's, their continued connection to country, ancient stories, knowledge and wisdom, if we are ready to listen.' Hong said.

The fossilised footprints were found in 2003 by a young Mutthi Mutthi woman, Mary Pappin Junior.

“To leave those footprints for us to find was unique. The Aboriginal people were very clever, in making sure that they left a sign for future generations. And we are the generation that’s here today.” Mutthi Mutthi woman, Mary Pappin Senior said.

McKay added that museum staff, working with the traditional owners of the land, took moulds of the individual footprints and in 2015 engraved the footprints into the museum’s stone entrance walkway.

“The engraved footprints lead visitors to the museum’s entrance and highlight our special relationship with the Willandra Lakes Aboriginal community, and their long-standing connection to the land,” McKay said.

Selected from over 1000 films submitted for consideration, No Distance Between Us will be screened at Antenna International Film Festival on Saturday 19 October, 2pm at the Verona Cinema, Paddington. Tickets available here.

From late 2020, No Distance Between US, will be shown in the Australian Museum’s First Australian’s gallery, Bayala Nura.

Media note: No Distance Between Us trailer here; https://www.youtube.com/watch?v=oTquzBHl6qo

The Lake Mungo site, in the Willandra Lakes World Heritage Area, is the world’s largest collection of fossilised human footprints, and at an estimated 20,000 years old they are the oldest to have been found in Australia.

At the height of the Ice Age the (now dry) lake beds were full of water, and the hundreds of footprints preserved in a shallow clay pan give a vivid glimpse into life in this ancient time.

The tracks show where three hunters ran across the claypan chasing a kangaroo, with a groove showing where they missed the animal with a spear. Another set of tracks seems to show a one-legged man hopping fast across the mud, perhaps without using a crutch. There are tracks of a family group walking together across the claypan, while another set seemed to show where one of the young children paused, turned and ran away from the group.

As the Ice Age ended the claypan dried out, the tracks baked dry in the air and were covered in windblown sand. Since their discovery in 2003 by young Mutthi Mutthi woman, Mary Pappin Junior, AM scientists have been part of a team of Aboriginal elders, National Parks staff and heritage specialists working to record and preserve the unique fossilised footprints. Approximately 500 prints have been recorded in more than 25 individual trackways.

Live at the AM podcast: HumanNature series – Deborah Bird Rose

In this podcast, Deborah Bird Rose (UNSW) examines how humans, animals and the landscape intersect in the face of environmental crisis. 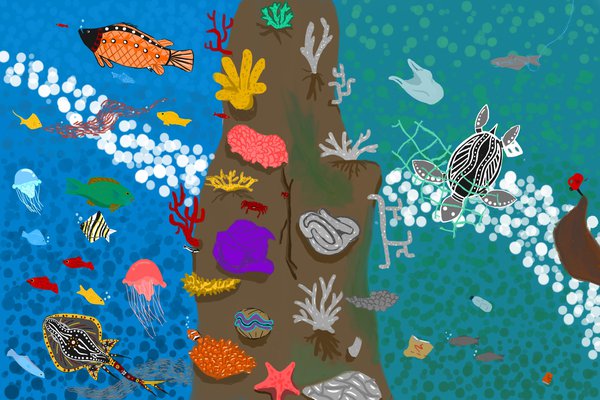 Primary School finalists from the 2022 Schools Reconciliation Challenge, share their artworks and stories inspired by the theme From River to Sea: Our Island Home.

Modelling prehistoric social interaction in the south-western Pacific: a view from the obsidian sources in northern Vanuatu. In From Field to Museum—Studies from Melanesia in Honour of Robin Torrence, ed. Jim Specht, Val Attenbrow, and Jim Allen