28 March 2022, Sydney: A team of international scientists led by Australian Museum (AM) Chief Scientist, Professor Kristofer Helgen and AM Honorary Associate, Professor Tim Flannery have revealed the origin story and unique characteristics of some of Australasia’s most mysterious and distinctive creatures: monotremes.

The only living egg-laying mammals, these weird and wonderful animals – the echidna and platypus, now found only in Australia and New Guinea – are the last survivors of a diverse set of fossil species that once roamed the southern continents.

The research was recently published in a peer-reviewed paper in Alcheringa: An Australasian Journal of Palaeontology. Other scientists involved in this work are based at Museums Victoria, Monash University, and Swinburne University in Melbourne, and at the Smithsonian Institution in Washington, D.C.

The team’s research involved examining every significant monotreme fossil known in order to chart their history and evolution, including specimens in the Australian Museum (AM) collection. The team investigated the oldest and smallest known monotreme Teinolophos trusleri – classifying it in a new mammalian family– as well as the largest egg laying mammal that ever lived: a gigantic extinct echidna from Western Australia for which a new genus, Murrayglossus, was named.

“Weighing 30 kilograms in size, roughly the size of a wombat, this massive monotreme would have been many times the size of modern Australian echidnas,” Professor Kris Helgen said.

“Murrayglossus was named in honour of the work of Dr Peter Murray, an Australian palaeontologist, now retired, who wrote extensively on fossil echidnas. Murrayglossus roamed the Australian landscape in the Pleistocene epoch with megafauna like gigantic kangaroos, the marsupial lion, and the Diprotodon,” he said.

This new research also pinpoints the origins of monotremes, dating back to the South Pole 130 million years ago, when the Pole was positioned over southern Australia.

At the time Teinolophos lived, 130 million years ago, southeastern Australia lay close to the South Pole. Yet forests grew there, surviving at least 3 months of freezing darkness each year.

“This is an incredible survival adaptation for this mini monotreme, which we estimate had a body mass of approximately 40g – roughly the weight of a slice of bread – imagine it using its snout to plunge into moss and snow to find food it can’t see and hasn’t yet touched,” he said.

The restriction of the oldest monotremes to polar forest may explain why they did not spread to other continents, which lay further from the pole where conditions were not right for them.

According to Professor Helgen, the research also illuminates the likely migration of echidnas from New Guinea to Australia.

“Echidnas are found in the Australian fossil record going back only two million years, yet genetic studies indicate that echidnas evolved from platypus-like ancestors tens of millions of years before that. So, their absence from the Australian fossil record is mysterious. We think that echidnas originated on an island in what has now become part of New Guinea, and that they reached Australia during a period of faunal exchange around the onset of the Ice Ages,” Professor Helgen said.

The team’s research studied the monotreme fossils in order to chart their history and evolution as the Earth’s climate system and geography changed, and to illuminate the many unique traits of egg-laying mammals past and present.

“Monotremes are such iconic Australian species, and this research not only reveals their unique origin story, but also helps us understand how they came to live in Australia in all shapes and sizes throughout the fossil record,” Professor Flannery said.

“Although this research focusses on the past of these remarkable mammals, we also want to highlight the urgent need for protection of our modern platypuses and echidnas, which are under threat and in decline as a result of human-induced habitat degradation,” Professor Flannery added.

The study A review of monotreme (Monotremata) evolution is published in the journal Alcheringa: An Australasian Journal of Palaeontology and is accessible here: https://www.tandfonline.com/doi/full/10.1080/03115518.2022.2025900. 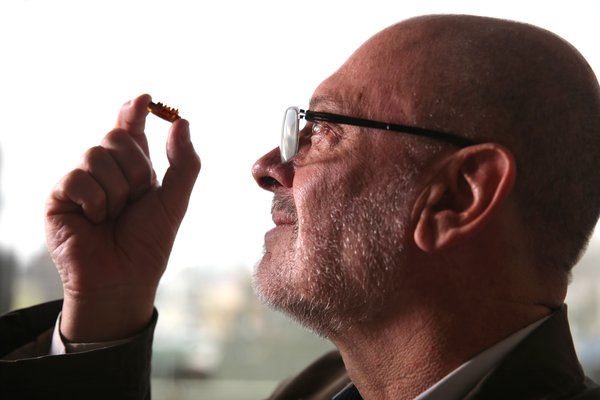 A new avian species with tubercle-bearing cervical vertebrae from the Middle Eocene of Messel (Germany). In Proceedings of the VII International Meeting of the Society of Avian Paleontology and Evolution, ed. W.E. Boles and T.H. Worthy

Australia possesses a unique assemblage of mammal species, of which over 80% are endemic.

Monotremes
Marsupials
Placentals
Learn more
Back to top
You have reached the end of the page. Thank you for reading.