The peoples of Torres Strait Islands

Dozens of islands are scattered over some 48,000km2 of water. Some are remnants of a land bridge that once linked New Guinea and Australia.

The surrounding sea is rich in coral and marine creatures, which means plenty of food for fishes, which in turn are food for sharks, especially Baizam (Hammerheads) and Tigers.

The Torres Strait Islander flag shows the importance of sea and land to the people who live there. The central blue panel represents the waters, while the green panels are the land. The Islanders are present in the thin black stripes between the two.

At the centre of the flag, the five major island groups are represented by a white five-pointed star, which is also a navigation symbol. The white dhari (or dari) is a ceremonial dancer's headdress symbolising the Torres Strait Islands’ people. White is the colour of peace.

The flag was designed in 1992 by the late Bernard Namok, from Thursday Island.

The Shark in the Sky

When Obery Sambo’s wind totem blows it’s a sign that the strong north westerlies are coming. There is a change of season and that’s when the constellation Baizam (Hammerhead Shark) appears in the sky.

The tail of the shark touches the horizon and there’s a crack of lightning. This is called ‘Waini Perper’. It is a warning to the Meriam people that they need to start tying everything down in preparation for the wind’s destruction.

When the shark tail touches the horizon it is like the Baizam leaning its tail on the seabed when it’s against the tide. It let’s the tide brush against its face and waits for the fish to come. When it sees the fish, it uses its tail as a springboard to attack.

When I see images on TV when people are killing sharks – that’s my dad, that’s my ancestors.

The Mabo Case, won in 1992, was a defining moment for First Nations peoples. It recognised the land rights of the Meriam people, traditional owners of the Murray Islands in the Torres Strait.

The case overturned the myth that at the time of colonisation Australia was terra nullius or land belonging to no one. Eddie Mabo worked tirelessly on the case for 10 years. 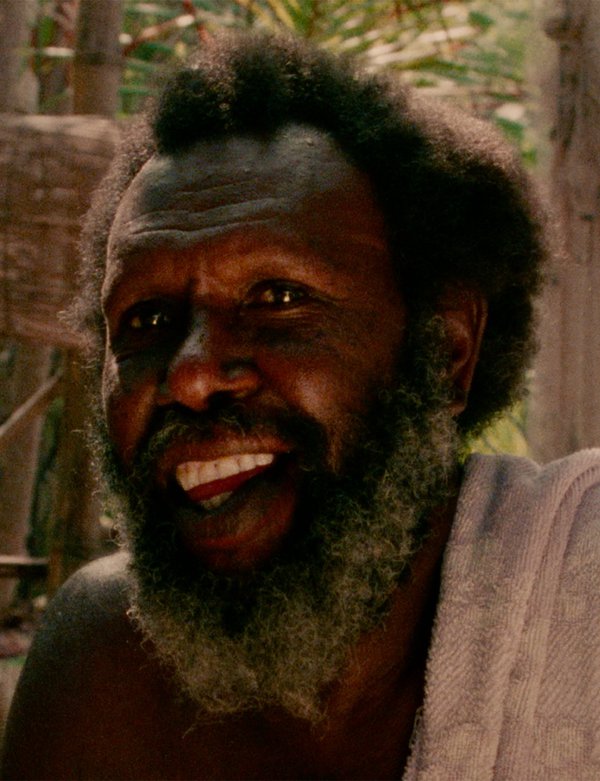 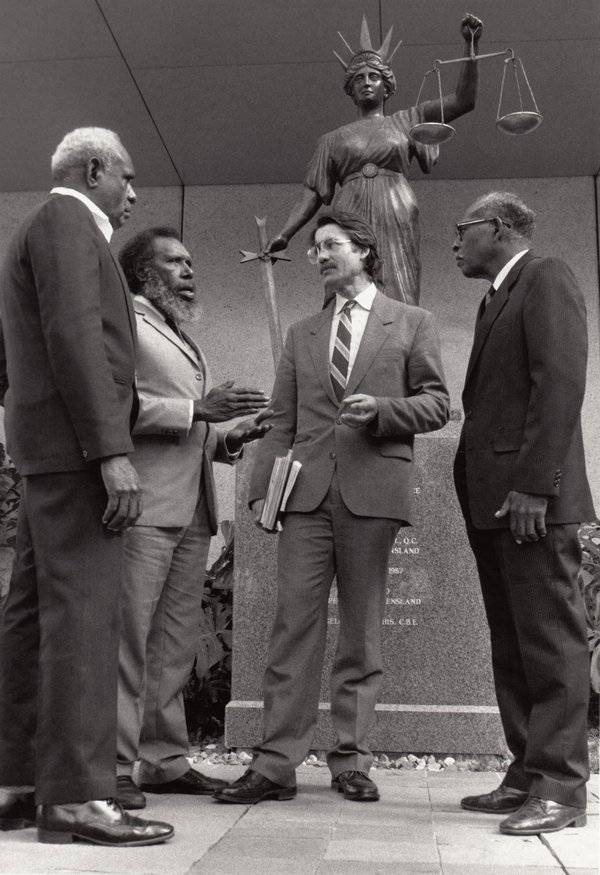 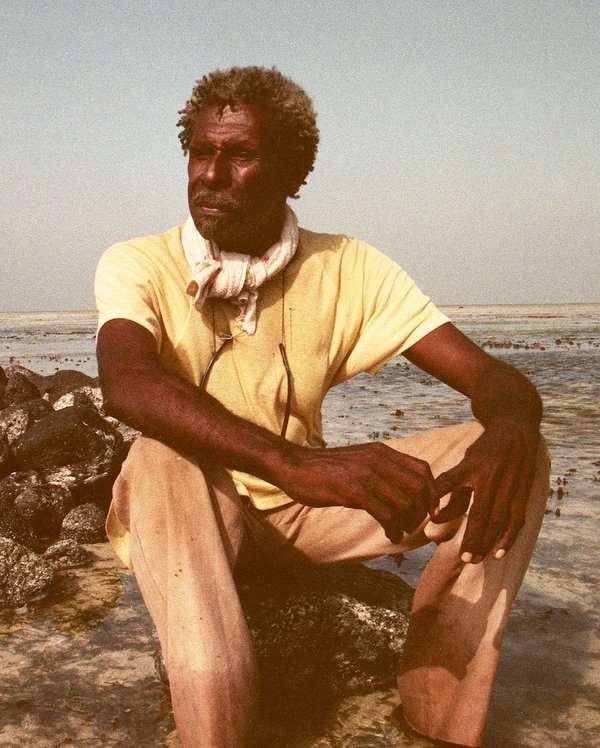