Having swum in the world’s oceans for over 450 million years and survived five global mass extinctions, sharks are now under threat. Global warming, industrial fishing and pollution are damaging our oceans.

Our attitudes and our actions will decide the fate of these ancient survivors.

Here in Sydney, where the Pacific meets Australia, we’re honoured to have First Nations peoples, scientists and conservationists, sharing their stories about sharks.

Many Australian and Pacific First Nations peoples have beliefs and cultural practices around sharks.

In this exhibition we bring you just some of the people, places and stories about sharks from the great wash of the Pacific Ocean.

In many Pacific Island cultures, sharks were and still are admired for the very things that make us fear them – their strength, speed and ferocity.

Warriors from Kiribati in the central Pacific Ocean traditionally used lacerators – long sword-like weapons with serrated edges made from many shark teeth.

DNA tests on some Kiribati lacerators showed that the types of sharks these teeth came from are no longer found in the waters around Kiribati. This is thought to be because of shark finning. 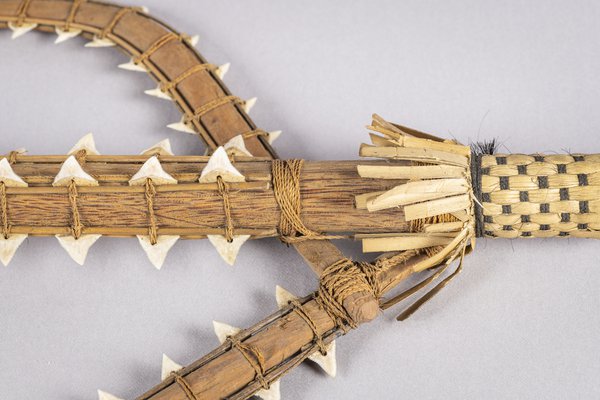 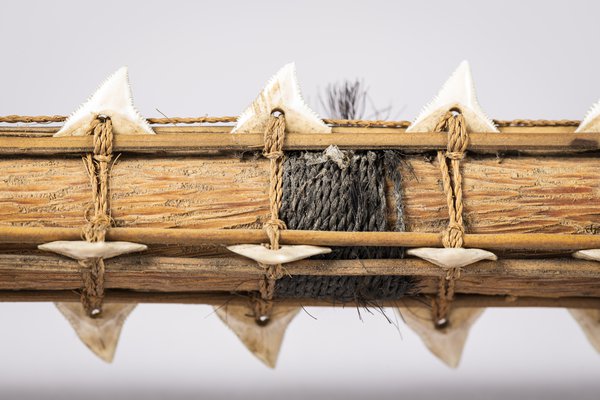 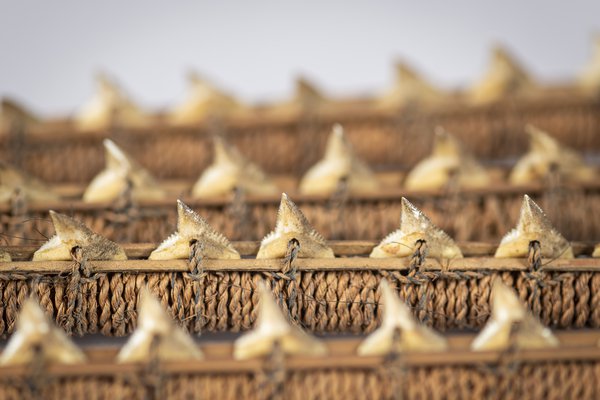 If you’re being attacked by a warrior wielding a weapon made of razor-sharp shark teeth, you’re going to need some serious protection. The te otanga (armour) is made of thickly woven coconut fibre. It is usually woven by the women incorporating their hair as decoration and protection.

It is worn with a set of overalls, sleeves, and a torso covering over the top. A high backboard protected from attacks from behind. The te bwara n tauti (helmet) is made from dried inflated puffer fish. Once a warrior was dressed, water was poured over the armour so that it swelled and became impenetrable.

The armour also includes the Otangan te bai (knuckle dusters). It is also made from coconut fibre and inlaid with sharks teeth across the knuckles.

Submerge yourself in the world of Sharks in this immersive blockbuster family exhibition.
Open until 25 April 2023.

Book tickets
Back to top 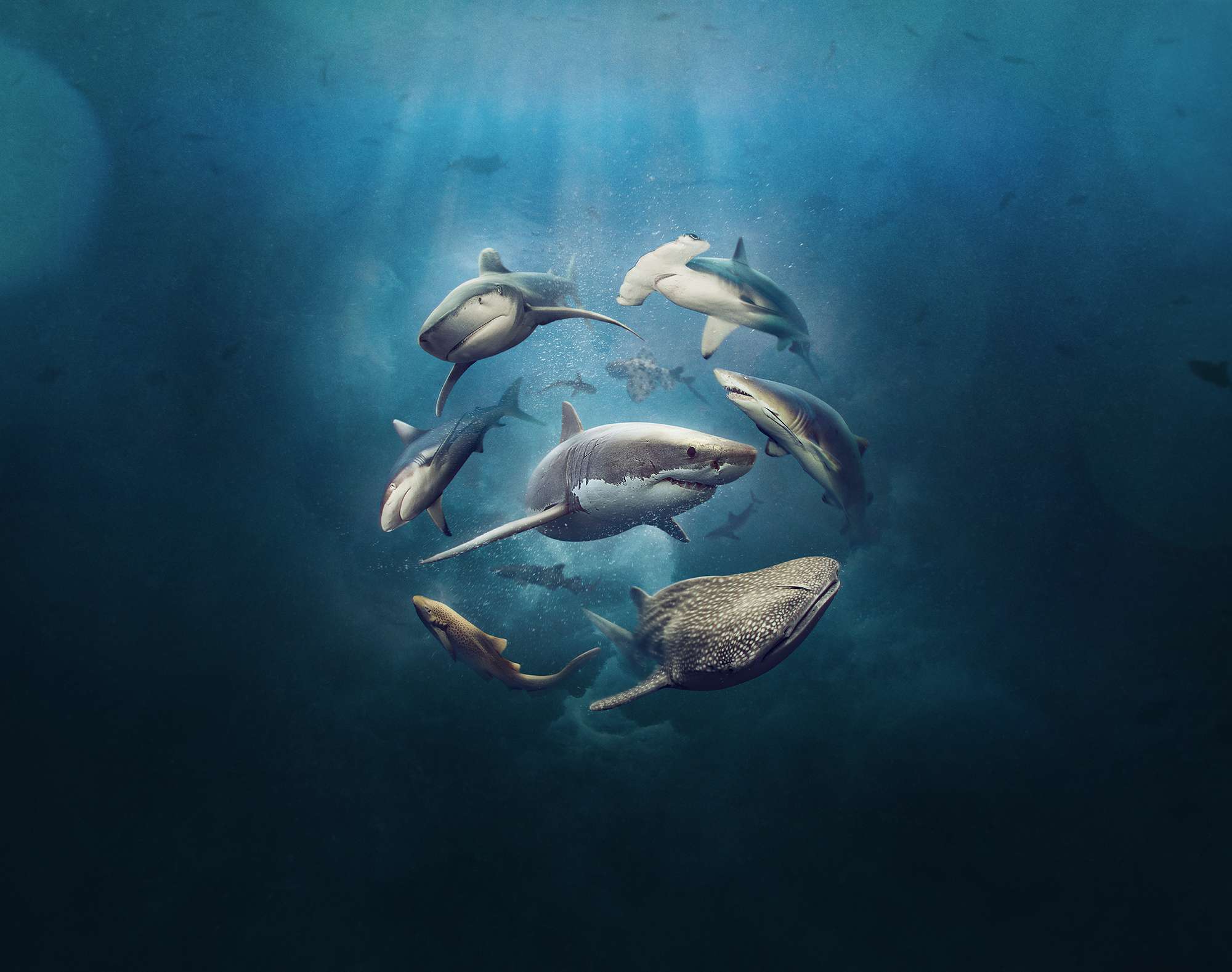