The hills are alive with the science of music

A sixth-grader from Croydon Public School in NSW has won the University of Sydney Sleek Geeks Science Eureka Prize – Primary.

Harry Driessen’s video entry The Sound of Music explains what sound waves are, how we hear sound and how various stringed, woodwind and brass instruments produce notes of a different pitch.

Harry chose this topic because of his twin passions—science and music.

“I learned a lot by making this video and couldn't have done it without my Dad's help. I wrote the script by myself, but my Dad helped me to fix a few things up and to make it more entertaining. Julie Andrews provided the music!” said Harry.

Sponsored by the University of Sydney’s Faculty of Science, the Sleek Geeks Science Eureka Prize, named in honour of Dr Karl Kruszelnicki and Adam Spencer, recognises short films that communicate a scientific concept in an accessible and engaging way.

Harry’s short documentary was the favourite from films received Australia-wide to take out the primary school prize, which recognises excellence in communicating scientific ideas ‘painlessly’ or, as the Sleek Geeks like to say, “help people to learn something without even noticing”.

“Harry’s film obviously brings together two subjects close to his heart: music and science,” Director of the Australian Museum and CEO Kim McKay said. “As long as we have such passionate scientists coming through our schools, Australia’s scientific future is bright”.

Second prize in the primary section of the Sleek Geeks Science Eureka Prize went to year-six student Ella Cuthbert from Majura Primary (ACT). What colour is a tree in the dark? is an enlightening exploration of what makes trees look green and apples look red.

The Sleek Geeks Science Eureka Prize is presented by the University of Sydney.

Filmmaker Brandon Gifford visited us recently to share his winning experiences and offer some tips for creating a top entry.

Supporting young scientists across the nation

Now, more than ever, we must guide school students in developing a deeper appreciation and understanding of science, technology, engineering and mathematics (STEM) disciplines. 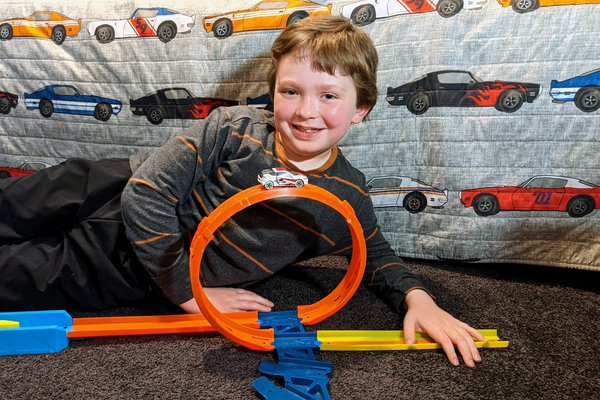 Meet the junior scientist with a passion for physics

From the impact of coral bleaching on reef ecosystems to the problems humanity must overcome on Earth before living on Mars, students excel in School Science category at Australia’s leading science awards.

Forty-seven entries were shortlisted for 16 Australian Museum Eureka Prizes in 2018.

Research & Innovation
Read more
Back to top
You have reached the end of the page. Thank you for reading.