Charles chatted with us about his experience and pleasure in being a patron of the Australian Museum, and his support of a Treasure within the Westpac Long Gallery special collection.

AM: Hi Charles, thank you for generously taking the time to speak with us. Firstly, can you tell us a little about your background and your community affiliations?

CB: My community engagement includes affiliations with various cultural institutions including the Museum, taking a Bushland Management Advisory role, a Scout Association Leadership role, and I’ve also been a member of the North Shore Orchid Society.

My formal research CV virtually stopped in about 1986. In that year, I joined Dr Peter Farrell who had formed a company for supporting Australian medical research, particularly when needing commercialisation.

We soon found that Professor Colin Sullivan, of Sydney University, had made a brilliant discovery and invention. At the time, the medical condition of reduced or stoppage of breathing known as apnea, was mostly associated with prematurity. Professor Sullivan found that snoring is usually associated with obstructive sleep apnea (OSA) - a newly defined condition. Professor Sullivan, with his limited facilities, had also invented a treatment, continuous positive airway pressure (CPAP). A whole new, large, and important area of medicine was opened up.

Dr Farrell was the moving force for creation, with Professor Sullivan, of the development company, in 1989, that eventually became Resmed, now a major company on the NY Stock Exchange. I retired from the company in 2016, aged 90, after 30 years’ service.

What spurred you to donate to the Museum and to support the Treasure?

CB: I was a member of numerous cultural organisations including the Australian Museum. And later, while I was in a position to engage, rather than placing my bequest in the hands of solicitors and accountants, it seemed more logical to me – in my ageing years – to make what I call bequests – formally called donations. These save the beneficiary organisations a lot of paperwork and give them earlier access to funds. I hope with any luck, that I’ll continue for a while!

Did this Treasure (Mawson Entangled Objects) have an appeal that struck a chord and made you want to give?

CB: I was still going part-time to Adelaide University during the early World War II Years (Charles served with the Royal Australian Navy 1944-46). There was a shortage of Professors in those days and people like Sir Douglas Mawson (renowned Australian geologist, Antarctic explorer, and academic), had been brought back into the University for teaching. He would have been well passed retiring age I imagine! So, I was privileged to be able to study First Year Geology with Douglas Mawson, who was really an outstanding explorer and a genuine scientist, not just an adventurer.

What are your thoughts on the value of a more meaningful engagement if there is a personal connection involved?

CB: The world now is a vastly different place from when I was a young adult. so, the attitudes of memorabilia and that exhibition focus – is totally different to what a Museum would be looking for in terms of current thought and current light.

I feel the engagement is not so much personal, as valuing the importance of cultural institutions to the community. Museums such as the AM are part of the cultural apparatus of this city. When I travel to new cities, these are the sort of places I would visit and to see what international Museums are providing to their citizens.

Is there anything you would like to say about the benefits of tax deductibility and donating to the Foundation?

CB: Oh Yes – deductibility is a very important factor. It gives you more than you donate. Deductibility means that part of your donation comes back to you as an asset. While one has a certain amount to donate – if you get tax deductibility on that, it comes back, so that you have that amount to donate again. I think it’s essential – good for the government to provide this initiative. It doesn’t cost them (the government) anything – it’s going to institutions that the government is supporting anyway. They are effectively getting more support, other than tax collection.

Finally, if you had one piece of advice for Museum lovers looking to become involved in supporting the AM and its special projects – what would it be?

CB: Taking an interest and being involved is enjoyable and is important. I have family and friends to share the Museum experience with … and it’s very gratifying that they are also getting enjoyment from my involvement.

The Museum greatly enlarges the visitor’s knowledge of the world that we live in and share with other peoples and creatures great and small. It is a cultural treasure. 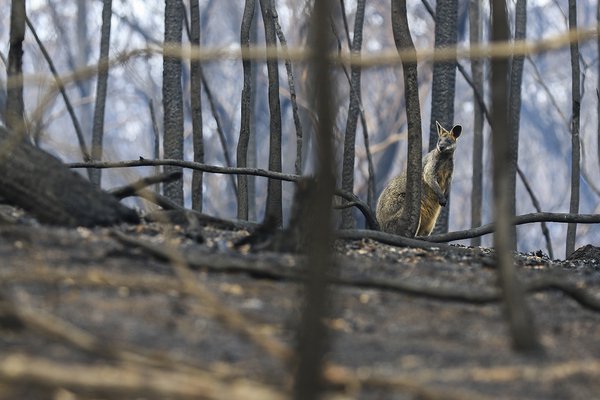 Help us to support our community during challenging times

The Foundation supports the important work of the Australian Museum: it’s scientific research, its exceptional exhibitions and educational programs, and its acquisition of significant objects for the AM collection.

Leave us a gift for the future

Include the Museum in your will, and you can help advance the science and nature for the benefit of today’s society and future generations.

Preview the Summer 2017/18 edition of Explore magazine here, or become an AM Member to receive the print edition delivered to your mailbox. 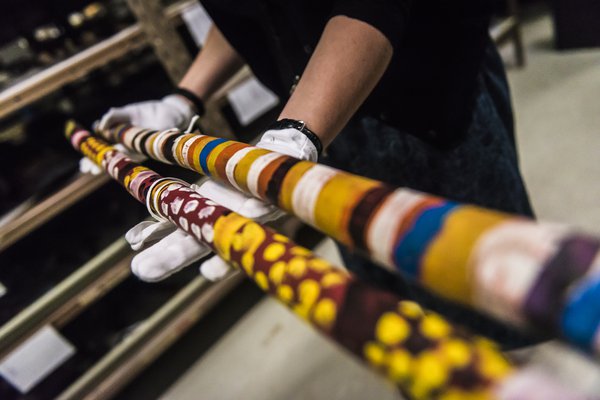 Supporters
Patrons
Life Members
Members
Read more
Back to top
You have reached the end of the page. Thank you for reading.