Archerfishes are well known for their ability to shoot a jet of water at insects in overhanging branches.&nbsp; So how do they do it?

Adaptations to the mouth give archerfishes their impressive expectorating ability. A deep groove runs along the roof of the mouth (see image to the right). A ridge along the top of the tongue fits into this groove. When an archerfish shoots a jet of water, it raises its tongue against the roof of the mouth forming a tube. The gill covers are then quickly closed, forcing water along the tube. The tip of the tongue acts as a valve.  The BBC filmclip below shows archerfish in action along with a velvet worm firing streams of glue.

The fauna of Australian Mangroves 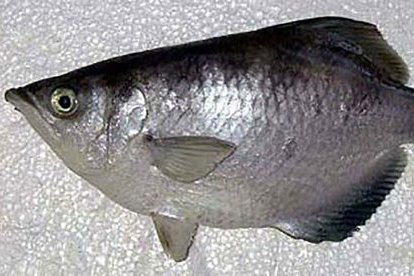 Epifauna of mangroves and sediments

The Faunal Communities of Australian Mangroves

The Archaeology of Upper Mangrove Creek Catchment Research in Progress

Determination of faunal populations in mangroves

The management of mangroves in an urban situation

Thesis abstract. The Upper Mangrove Creek catchment. A study of quantitative changes in the archaeological record